Ragweed pollen is one of the most common weed allergies. The plant’s lightweight pollen is a trigger for hay fever symptoms, including stuffy nose, itchy eyes and sneezing. One small beetle is trying to help millions of people all over the world by eating the plant. 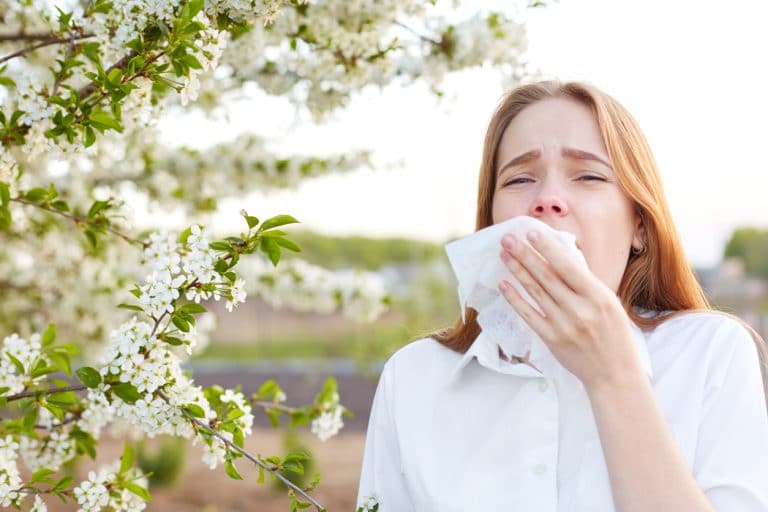 The Ophraella communa beetle is native to North America. In 2013 it was accidentally introduced to Europe, taking hold in southern Switzerland and northern Italy.

A study released in the April issue of the journal Nature Communications looked at the beetle’s effect on a reduction in ragweed-related allergy symptoms. The researchers estimated that the beetle reduced symptoms for 2.3 million people, which has a health care cost of about $1.2 billion per year.

How a Beetle Can Reduce Your Allergies

Ragweed, known as Ambrosia artemisiifolia, is also native to North America but has been invading other parts of the world since the 1800s.

The researchers found that the beetle eats the leaves and flowers of the ragweed plant, preventing it from further flowering and reducing its pollen production by 82 percent. A professor in the department of biology at the University of Fribourg and author of the new research, Heinz Müller-Schärer explains, “A few beetles can defoliate a large Ambrosia plant in two to three days completely, then they regrow but are eaten up again. Ophraella is a feeding machine 24 hours a day.”

Populations living in warmer climates such as those of northern Italy will see the biggest reduction in airborne ragweed pollen. This is because the beetle can produce up to four generations in a single year, compared to just one generation in cooler parts of the world.

Some areas of the world are already using the Ophraella communa beetle to control the production of ragweed. In China the beetle is mass-reproduced and distributed to control weed spread.

Unfortunately, this does not work as well in North America, the native home of the beetle. The beetle has more natural predators in its native home compared to new ranges in East Asia and Europe.

How to Treat Your Ragweed Allergies

While the results of this study are promising, you do not need to wait a few beetle life cycles to seek treatment for your ragweed allergy. The experts at Oregon Ear, Nose & Throat Center can help you put together an individualized treatment plan including over-the-counter antihistamines and immunotherapy.

To learn more about the best treatment for your allergies, contact Oregon Ear, Nose & Throat Center to schedule an appointment today.